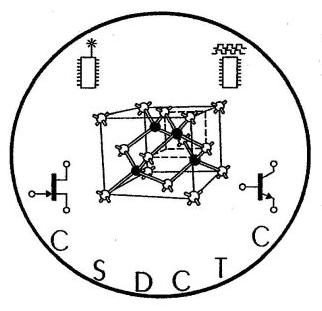 The EDS Technical Committee on Compound Semiconductor Devices & Circuits periodically meets to promote an effective dissemination and exchange of knowledge in the fields of devices and circuits based on compound semiconductors. Typical activity may include the organization of webinars, the promotion of special issues in IEEE journals, special sessions at conferences and workshops, with the ultimate goal of promoting the dissemination of knowledge in the fields of compound semiconductor devices and circuits

Members are volunteers who serve for a two-year renewable term at the invitation of the committee chair. Membership is limited to two consecutive terms so that new ideas can be generated, incorporated, and executed.

The committee is formed by a number of globally-recognized members of the industrial and academic research community, who are extremely active in the fields

Matteo Meneghini received his PhD in Electronic and Telecommunication Engineering (University of Padova), working on the optimization of GaN-based LED and laser structures. He is now associate professor at the Department of Information Engineering at the University of Padova. His main interest is the characterization, reliability and modeling of compound semiconductor devices (LEDs, laser diodes, high electron mobility transistors), electronic and optoelectronic components, solar cells. Within these activities, he has published more than 400 journal and conference proceedings papers. He has given invited and tutorial talks to several conferences, including IEEE-International Electron Device Meeting (IEDM), IEEE-International Reliability Physics Symposium (IRPS), International Workshop on Nitride Semiconductors (IWN), International Conference on Nitride Semiconductors (ICNS), Photonics West. He is/has been sub-committee member for relevant conferences in the field of electronics (IEEE-IEDM, IEEE-IRPS, ESREF, IWN, ESSDERC) and sub-committee chair for IEEE-IRPS and ESREF.

Darren K. Brock is a Principal Research Engineer at Lockheed Martin Space based at

his B.S., M.S., and Ph.D. in Electrical Engineering from the University of Rochester in

methodologies for magnetic flux quantum electronics. After graduating, he joined

Hypres, Inc. (Elmsford, NY) as a Member of Technical Staff, where he was involved in

the design and test of cryogenic digital and mixed-signal thin-film integrated circuits,

including fundamental studies in quantum computation. From 2004-2008, he was a Sr.

Member of Technical Staff at Nantero, Inc. (Woburn, MA) working in the field of carbon

nanotube-based molecular electronics, pioneering new design techniques for use with

this emerging technology. The Nantero Government Business Unit was acquired by

development, and transition to system insertion, with an emphasis on integrated circuit

fabrication, nanotech and quantum technologies. He is a co-author of over 30 technical

articles, including three book chapters, and has been granted 37 US patents. Dr. Brock

Associate Fellow of the American Institute of Aeronautics and Astronautics (AIAA).

Yu Cao: Yu Cao is a Program Manager in the Dept. of Research and Development at Qorvo, supporting defense related research and development programs. He received a Ph.D. in electrical engineering from the University of Notre Dame in 2010. He used to work at Institute of Materials Research and Engineering (2003-2005 in Singapore) as a Research Fellow, Kopin and IQE as a Staff Scientist (2010-2014) and HRL Laboratories (2014-2017) as a Member of Technical Staff before he joined Qorvo in 2017. His research interests include the epitaxy and characterization of III-Nitride materials, the design, fabrication and testing of compound semiconductor based optoelectronic and electronic devices, including both active and passive components for RF and power applications. Dr. Cao is a Senior Member of the IEEE and has published 2 monographs, 1 book chapter and over 100 peer-reviewed journal and conference papers.

Huili Grace Xing is the William L. Quackenbush Professor of the School of Electrical and Computer Engineering (ECE) and the Department of Materials Science and Engineering (MSE) at Cornell University. She received her Ph.D. in ECE from the University of California, Santa Barbara, M.S. in MSE from Lehigh University and Bachelor in Physics from Peking University.  From 2004 to 2014, she was a faculty at the University of Notre Dame; she joined Cornell in 2015.  Her research focuses on development of III-V nitrides, 2-D crystals, oxide semiconductors, recently multiferroics & magnetic materials: growth, electronic and optoelectronic devices, especially the interplay between material properties and device development for high performance devices.  She has co-authored 400+ journal/conference papers, 9 book chapters and 20+ issued/pending patents.  She is a recipient of the NSF CAREER award, the AFOSR YIP award, the ISCS Young Investigator Award, and a fellow of APS, AAAS and IEEE.  She previously served as the IEEE EDL editor in 2015-2018.