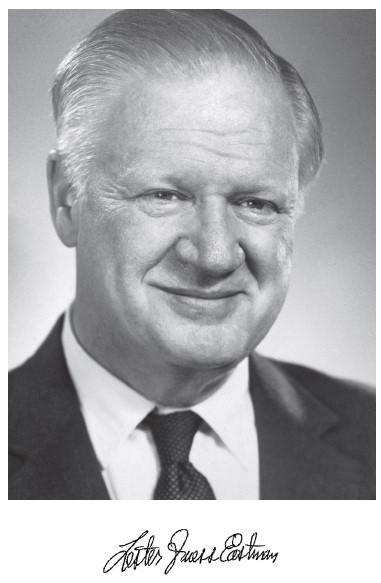 The Lester F. Eastman Award is named after the late Professor Lester F. Eastman. Professor Eastman, a world leader in the physics and technology of compound semiconductor materials and devices; invented, fabricated, and investigated many novel semiconductor materials and devices. His work on so many occasions resulted in breakthroughs enabling important practical applications. The best solid-state device groups follow his ideas with great success, and his former students and associates work in leadership positions in hundreds of leading companies, research laboratories and universities in the United States and around the globe.

Please note:  The EDS Lester Eastman Award cannot be given to a candidate for the same work for which an IEEE Technical Field Award, IEEE Medal, or other society level award was previously received.

Prize: $2,000 and a plaque.  Only 1 winner selected each year and no award will be given if no qualified candidate is identified.

Eligibility:  Any person active in the field of semiconductor devices, whether or not they are members of the IEEE Electron Devices Society, are eligible for the award.

Basis for Judging:  Criteria considered by the selection committee will include an impact on the field of semiconductor devices. Evidence should include examples of leadership and professional interaction.  Tangible supporting evidence in the form of publications, patents, and/or transition(s) to practice should be provided. 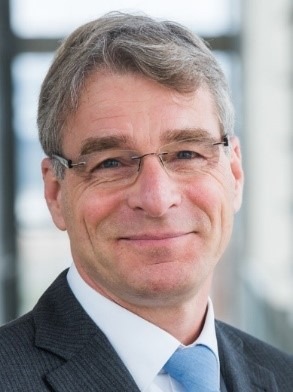 Oliver Ambacher received his diploma and doctor of natural sciences at the Ludwig-Maximilians and the Technical University of Munich with distinction in 1989 and 1993. In 1993 he got a position as a research assistant at the Walter Schottky Institute at the Technical University of Munich, where he dealt with the growth of gallium nitride and its alloys with the help of molecular beam epitaxy and chemical vapor deposition. He was significantly involved in the implementation of the first ultra violet light detectors, surface acoustic wave components, microwave amplifiers and sensors as well as in the research of polarization-induced effects in GaN-based hetero- and quantum structures. In 1998/99 he was offered the Feodor Lynen grant from the Alexander von Humboldt Foundation at Cornell University (USA) to deepen his work in the field of AlGaN/GaN transistors for high-frequency power amplifiers. Following his habilitation in experimental physics in 2000 and his promotion to senior assistant in 2001, he was appointed professor for nanotechnology at the Technical University of Ilmenau a year later. In 2002 he was elected director of the Institute for Solid State Electronics and two years later he was appointed director of the Center for Micro and Nanotechnologies. Since October 2007, Oliver Ambacher has been a professor at the Albert-Ludwigs-University in Freiburg and head of the Fraunhofer Institute for Applied Solid State Physics until 2021.

He acquired a fundamental understanding of polarization-induced effects during a research stay as a young Humboldt fellow in Professor Les Eastman's group at Cornell University (1998-1999). In recent years Oliver Ambacher and his working group designed and demonstrated outstanding, integrated, broadband, low-noise amplifier for applications in cellular base stations for mobile communication. Due to its technical performance, this low-noise amplifier enables mobile communication with the help of various mobile radio standards in our wireless networks, such as 5G, LTE or WLAN. The work resulted in more than 650 journal contributions, about 300 conference and workshop proceedings, 7 books and book chapter and 8 patents.

In 2015 he received the Karl-Heinz-Beckurts-Prize for his contributions to the development of highly efficient power amplifiers based on GaN for the latest generation of mobile phone base stations. In 2018 he was awarded an honorary professorship for power electronics by the Gips-Schüle-Foundation. In 2021 he was awarded the Rudolph-Jäckel-Prize for the development of energy-efficient power electronics.

Past Winners of the Lester F. Eastman Award